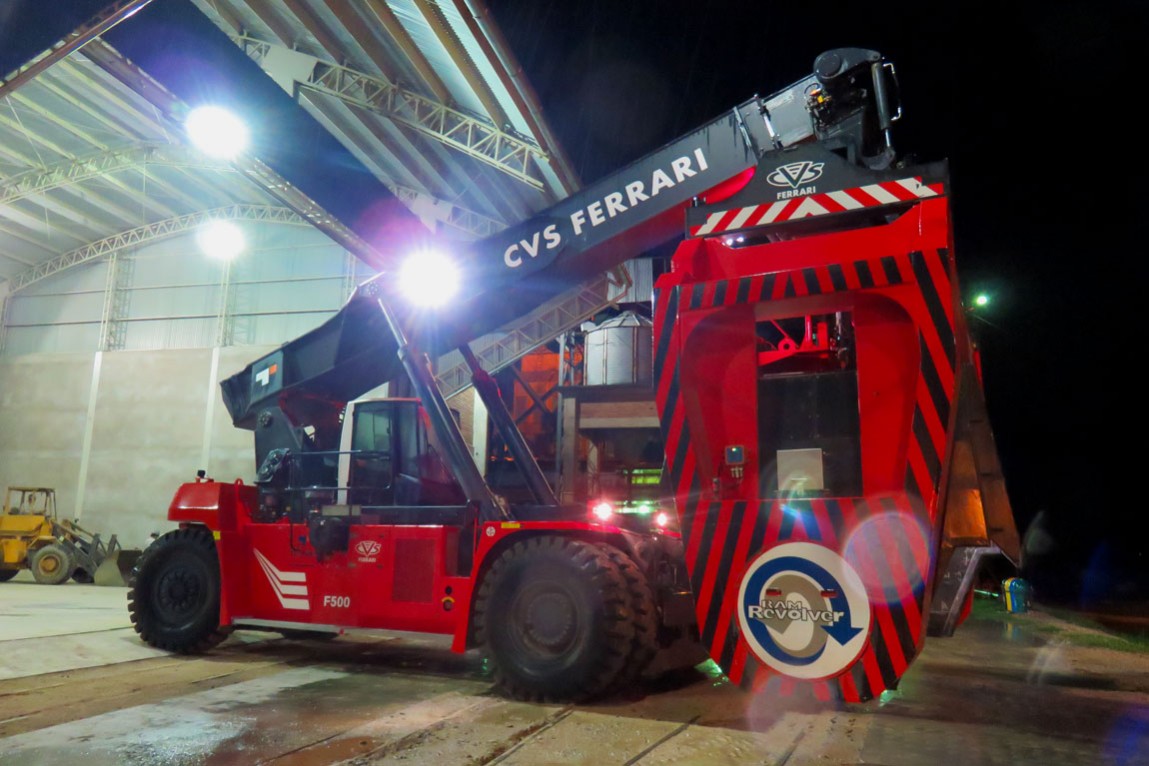 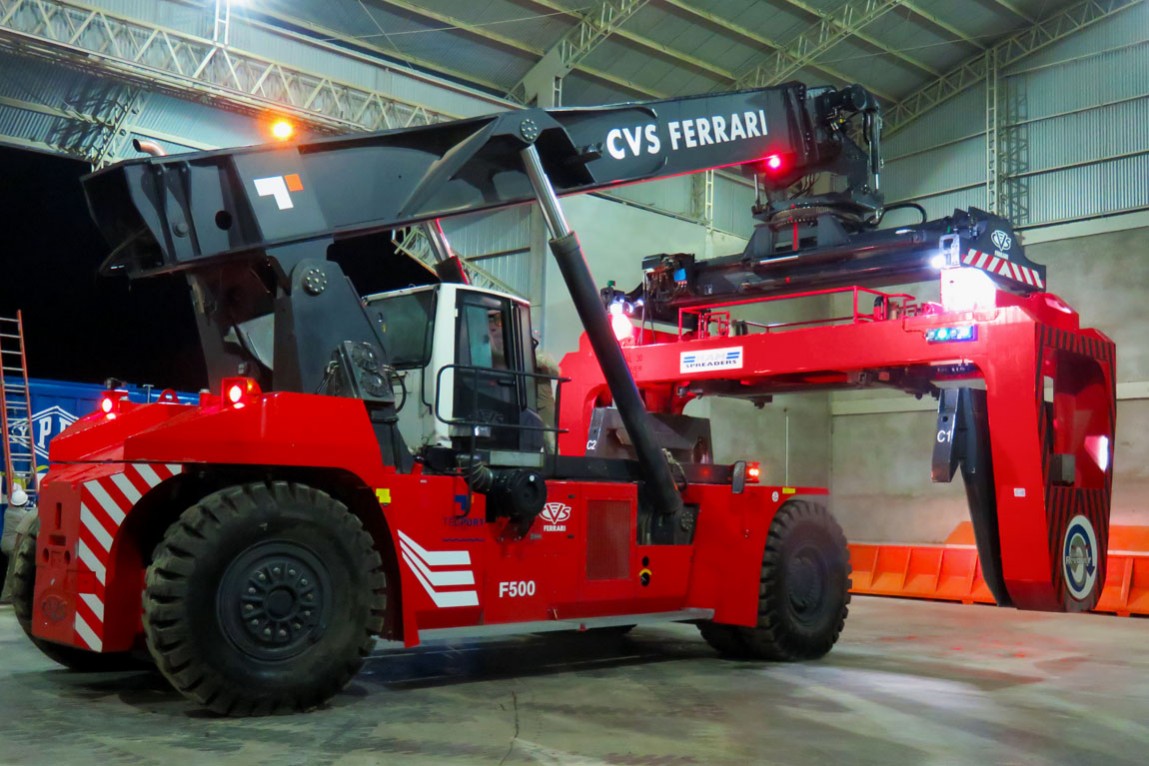 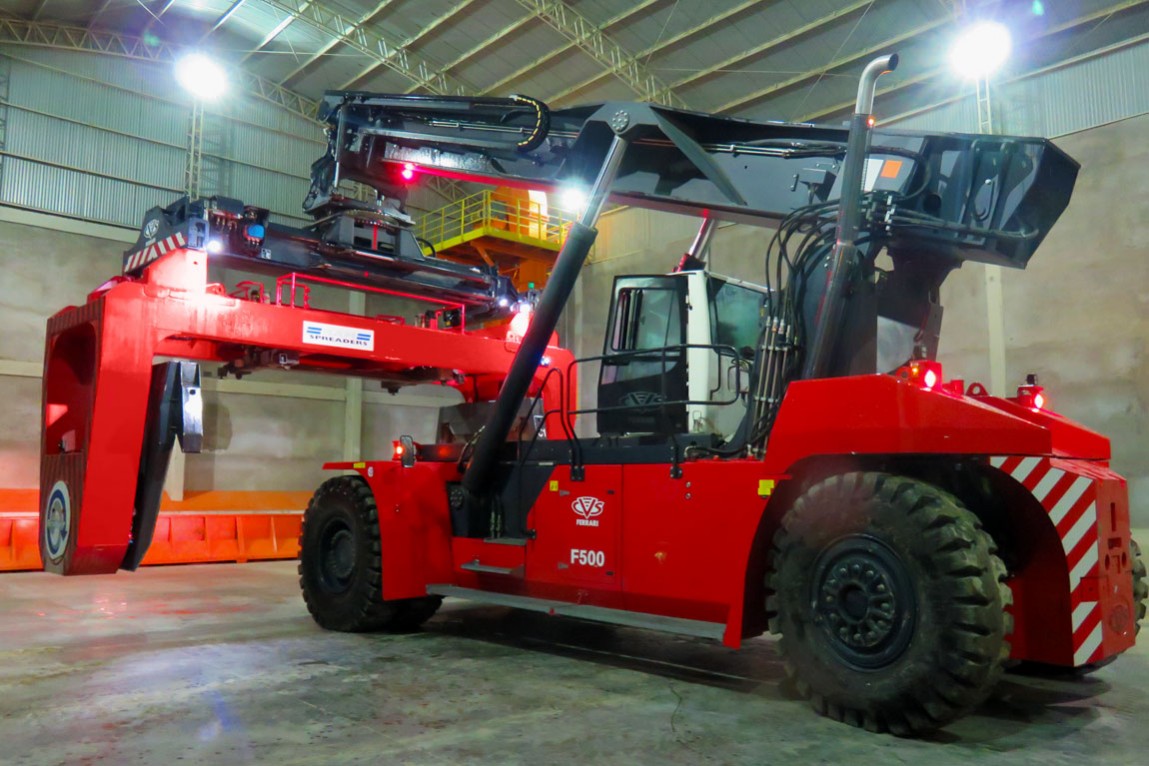 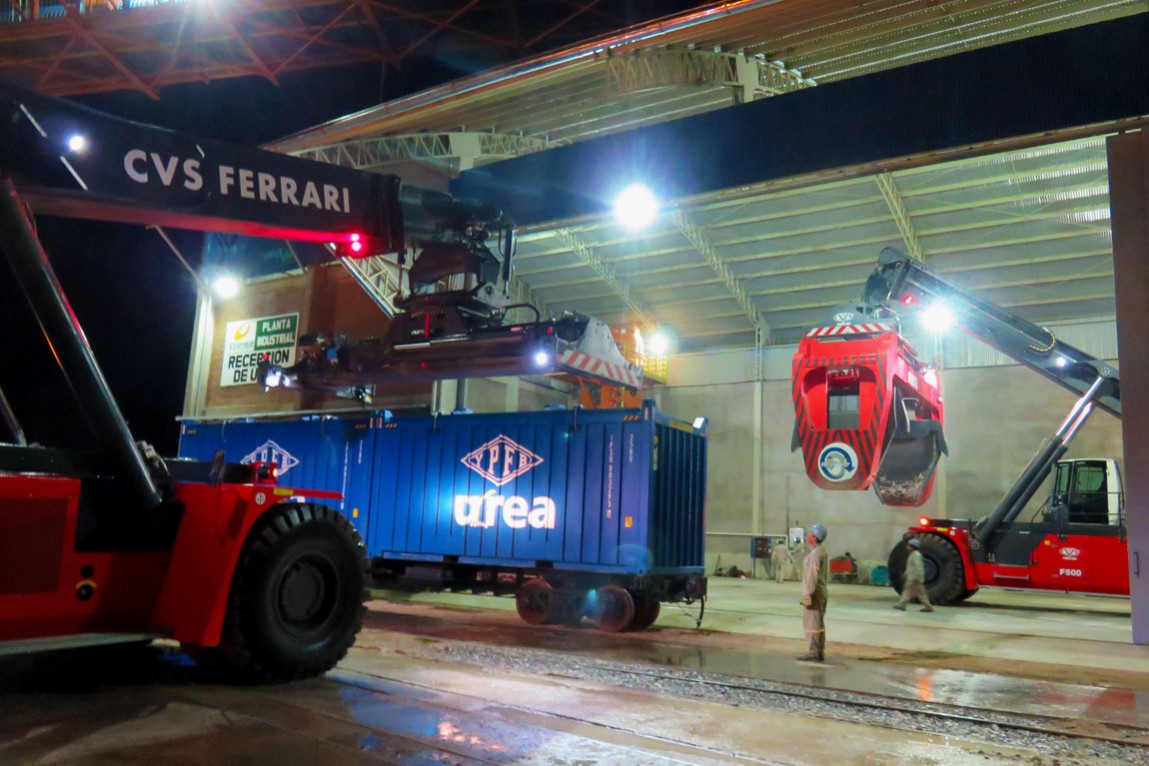 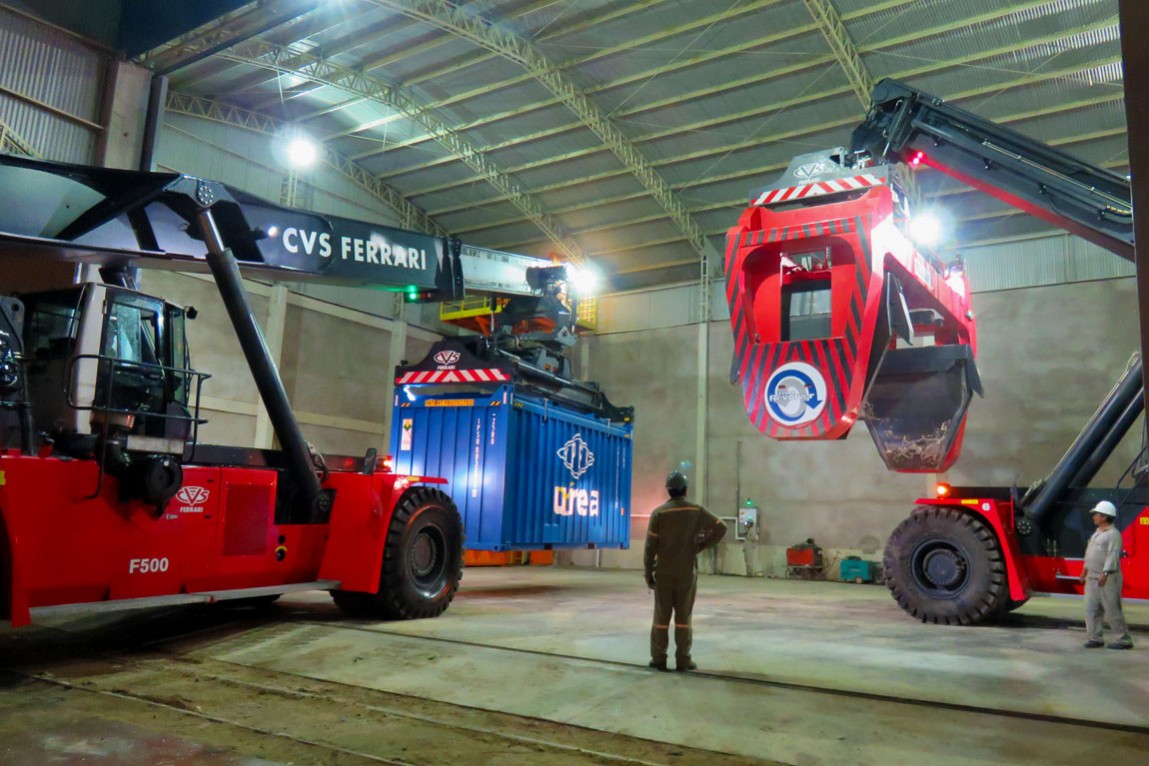 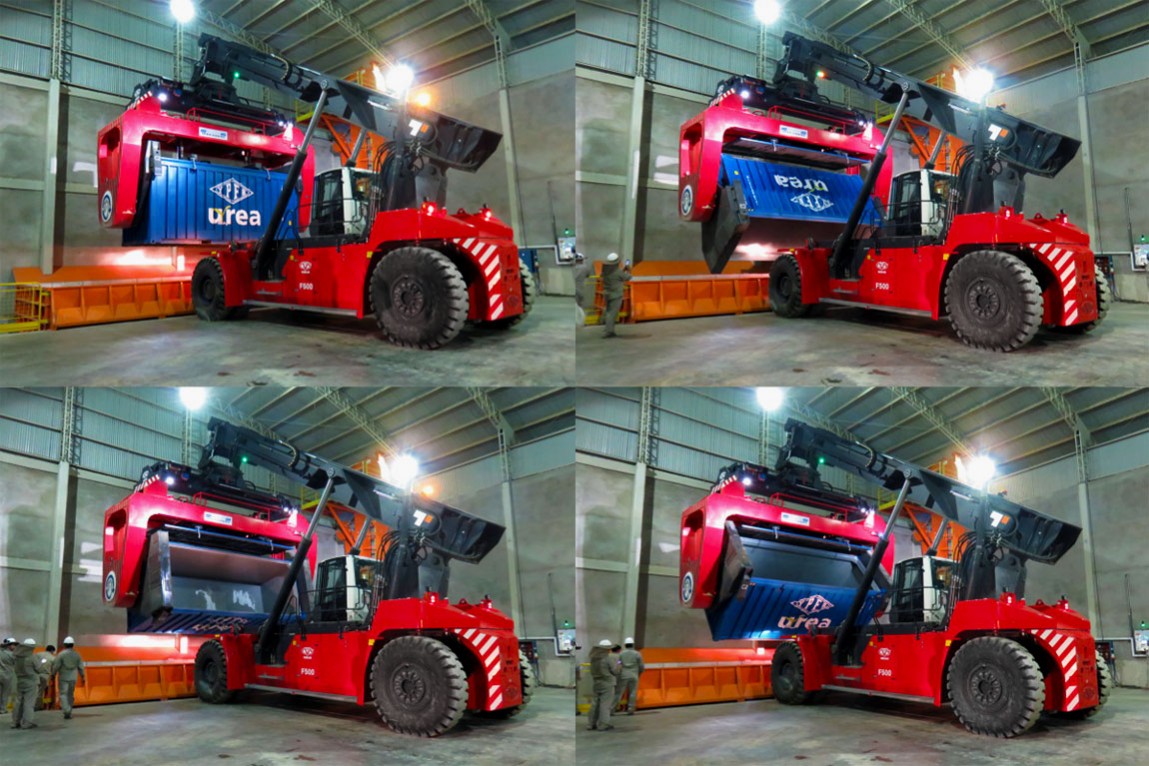 At the presence of the president Evo Morales in November 30th, 2017 in Porto Quijarro (Bolivia) it was inaugurated the new facility specifically built by GRAVETAL for the warehousing and transfer of urea produced by YPFB, the state owned petrol and chemical company of Bolivia.
The fertilizer is produced in Bulo Bulo in central Bolivia and then it is transported via truck to the city of Montero where it is loaded on specially built containers. These 20 ft open top containers having a gross mass of 30 ton each, are then transported via train for 700 km to the newly built facility of Gravetal in Puerto Quijarro, on the Tamengo channel.
Here, the special containers are offloaded from the trains specially organized for this traffic by Compania Ferroviaria Oriental, provisionally stored and then discharged via hoppers into a plant that can load the fertilizers on specially built barges that will transport the product via the Tamengo Channel and the Paraguay river all the way to Brasil. The containers that are specially reinforced and have no doors, go back empty to Montero on the return train for a new cycle that takes 24 hours.
GRAVETAL that has built this important infrastructure for the economy of Bolivia by investing 7 million USD, has chosen CVS FERRARI reach stackers for the handling of the containers on the trains and in the storage yard as well as for the discharging of the urea into the barge loading plant hoppers. This operation is accomplished by revolving attachments built by RAM. When the revolving attachments are coupled to the spreaders, the CVS FERRARI reach Stacker on board computer automatically reconfigures the joystick and anti-overlaod protection system to control the revolver and the safe operation of the same.
The two reach Stackers, model F500 RS6, and the RAM revolvers have been delivered and commissioned by TECPORT LATIN AMERICA, the South and Central American distributor of CVS FERRARI, that is also servicing the supplied equipment.