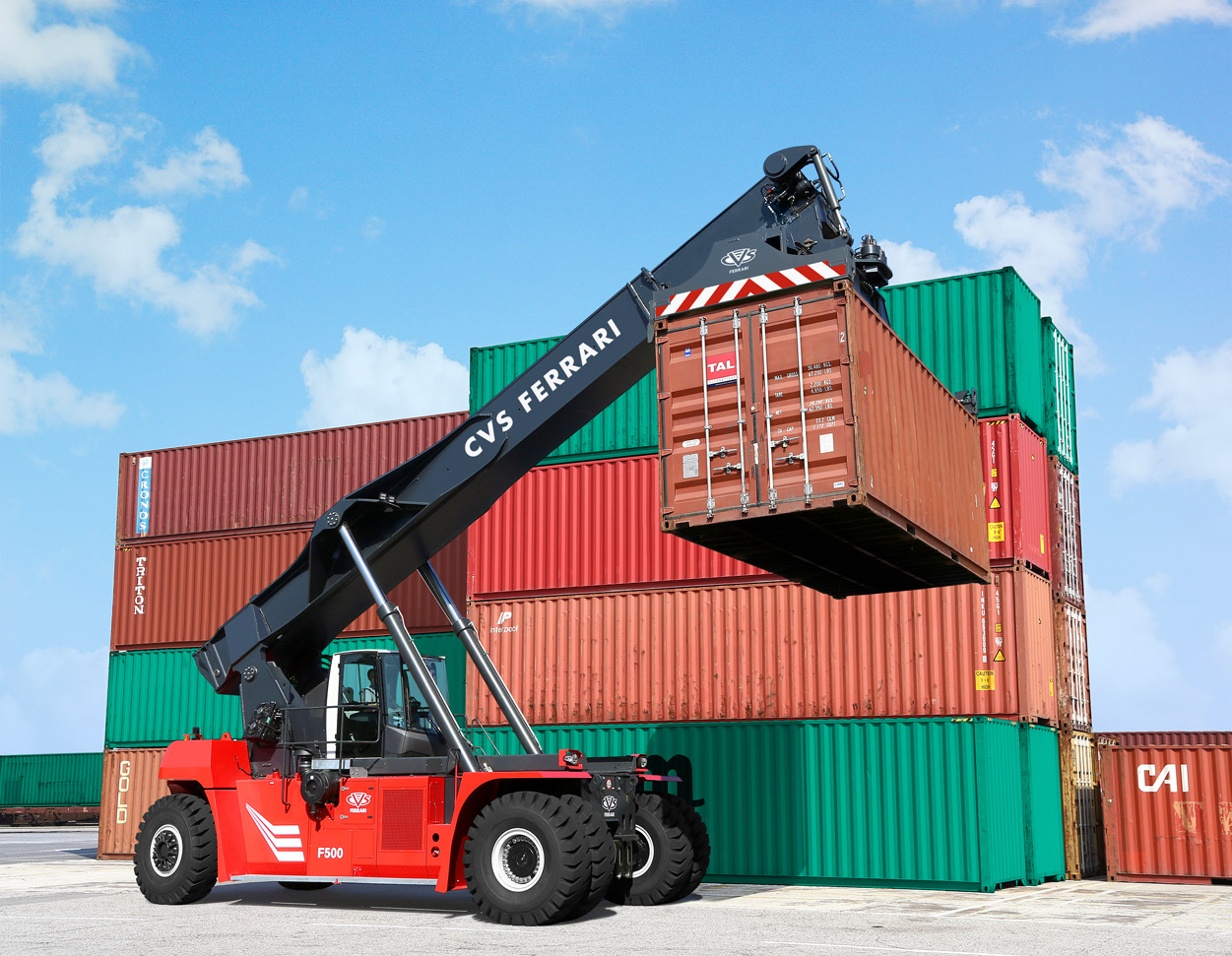 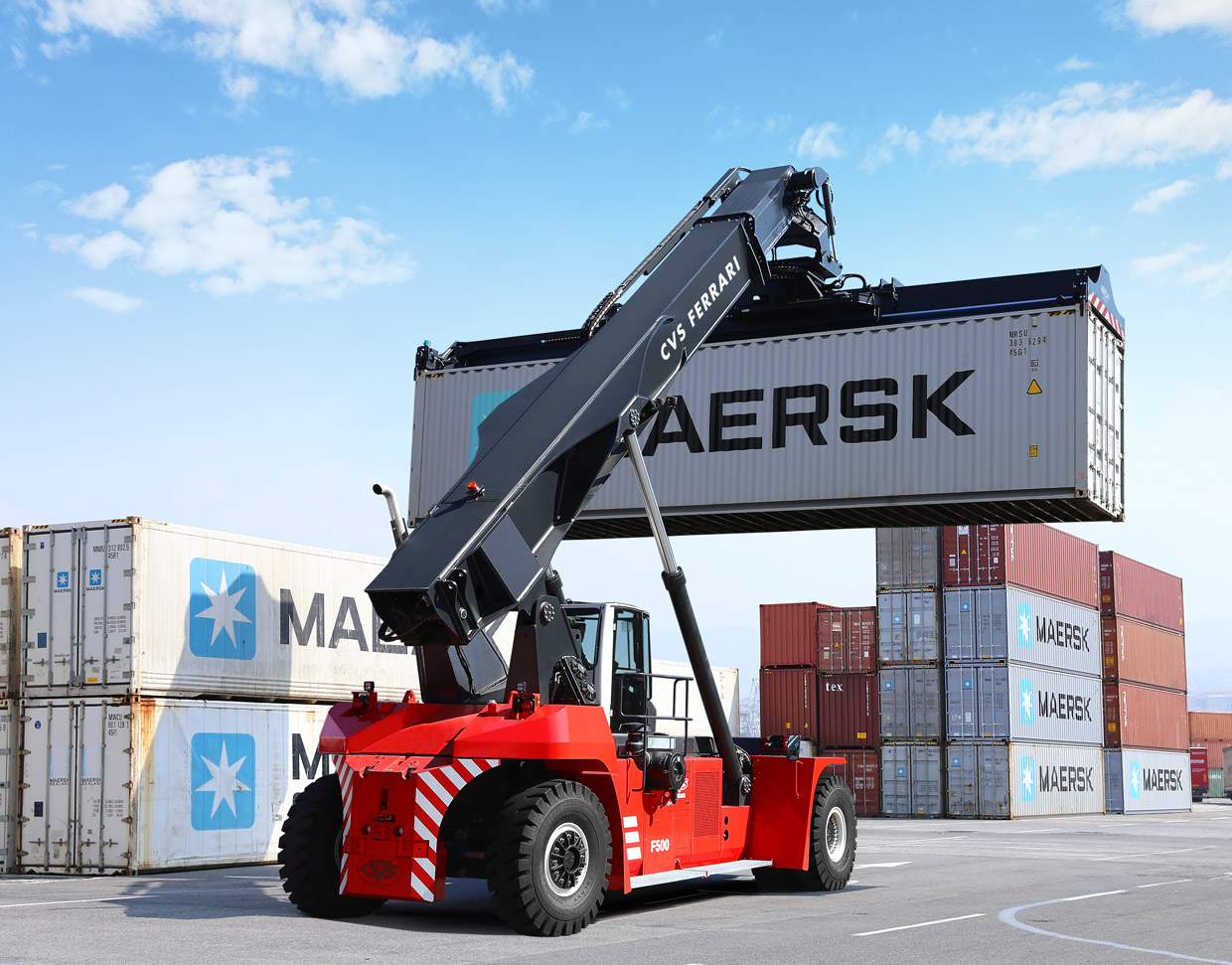 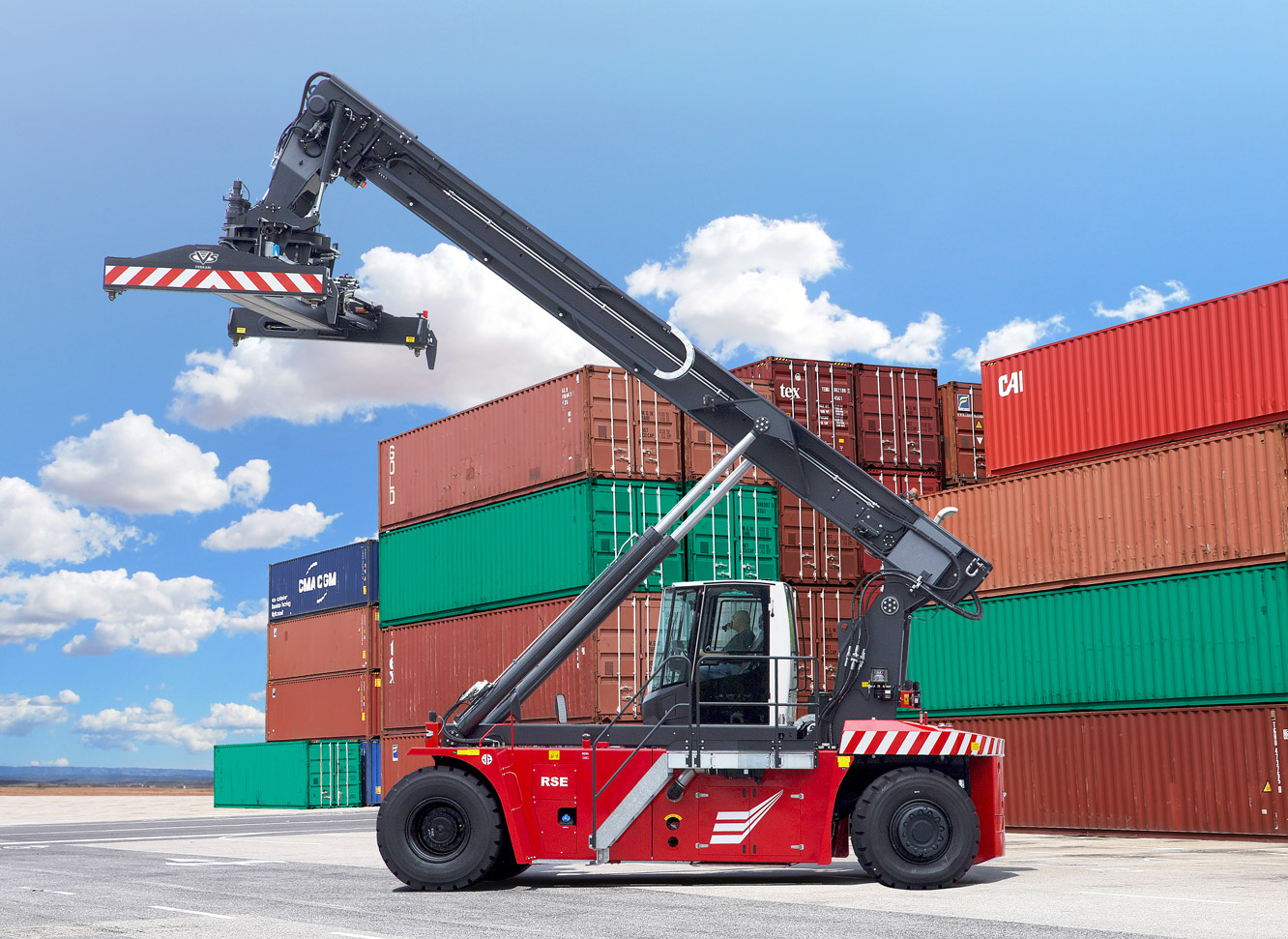 Metrans, the largest Intermodal operator of Central Europe has choosen CVS FERRARI as the single supplier for its 2018-2019 massive ground lifting equipment replacement and expansion program. A total 25 machines will be supplied to the two main hubs of Metrans in Czech Republic and Slovakia, respectively located in Prague and in the vicinity of Bratislava.
The supply, that is due to be completed between the end of 2018 and the first half of 2019 include fourteen (14) Empty Container Reach Stackers (RSE model, nine (9) Laden Container Handling Reach Stackers (RS1 model) and two (2) Heavy Duty Forklifts, 25 Ton capacity. All the Reach Stackers will be capable of stacking containers 6 x 8’6’’ high.
Metrans, whose intermodal train services spread east to west form Rotterdam Warsaw and the Polish-Russian border, as well as from Hamburg down to Trieste on the North West axis of Central Europe, to is a long standing customer of CVS FERRARI. This last order follows up two other major ones completed by CVS FERRARI in 2016 and 2017 respectively for nine (9) and ten (10) units. Subsequent to the deliveries of this massive order, METRANS will operate in the vicinity of 80 machines made in Roveleto di Cadeo.
Metrans is majority owned by HHLA, the Hamburg based, German semi-government port operator and operates as many as 18 Rail Terminals across Czech Republic, Slovakia, Austria, Poland and Hungary.