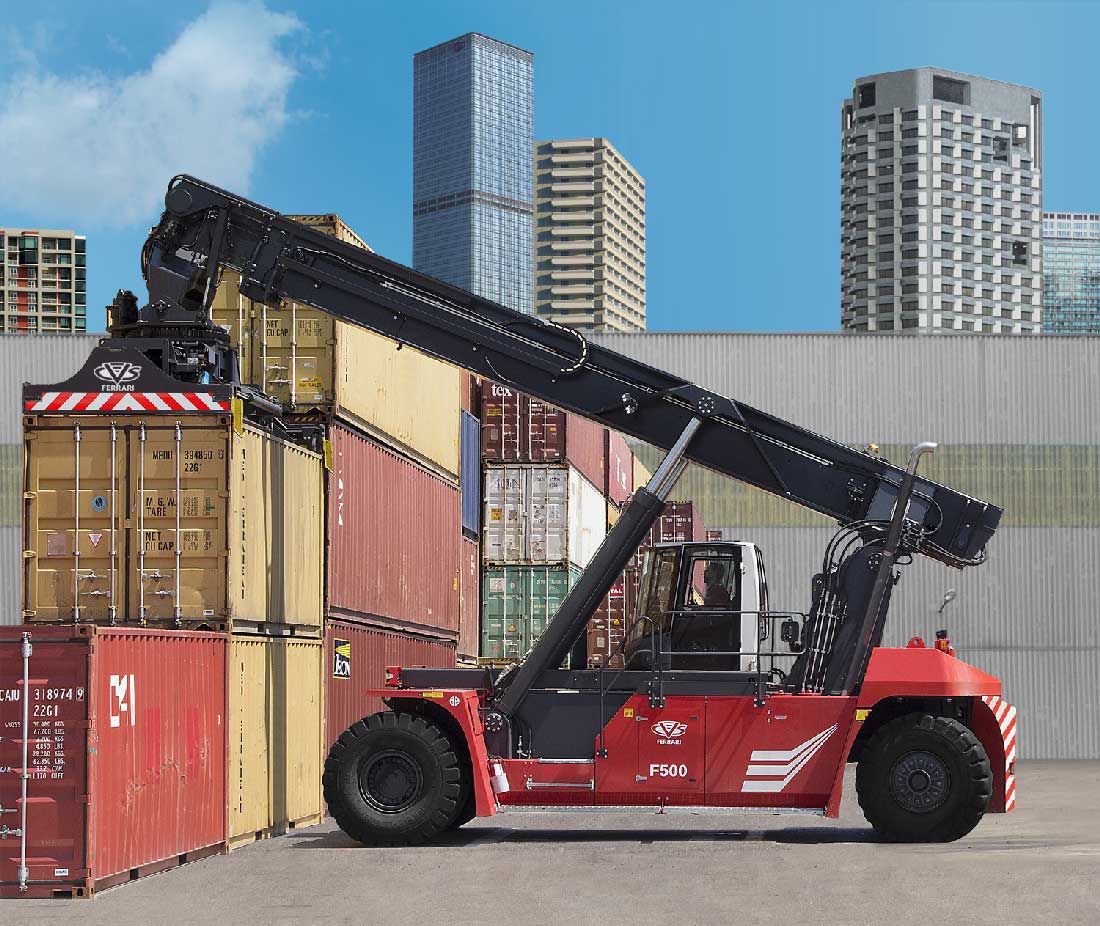 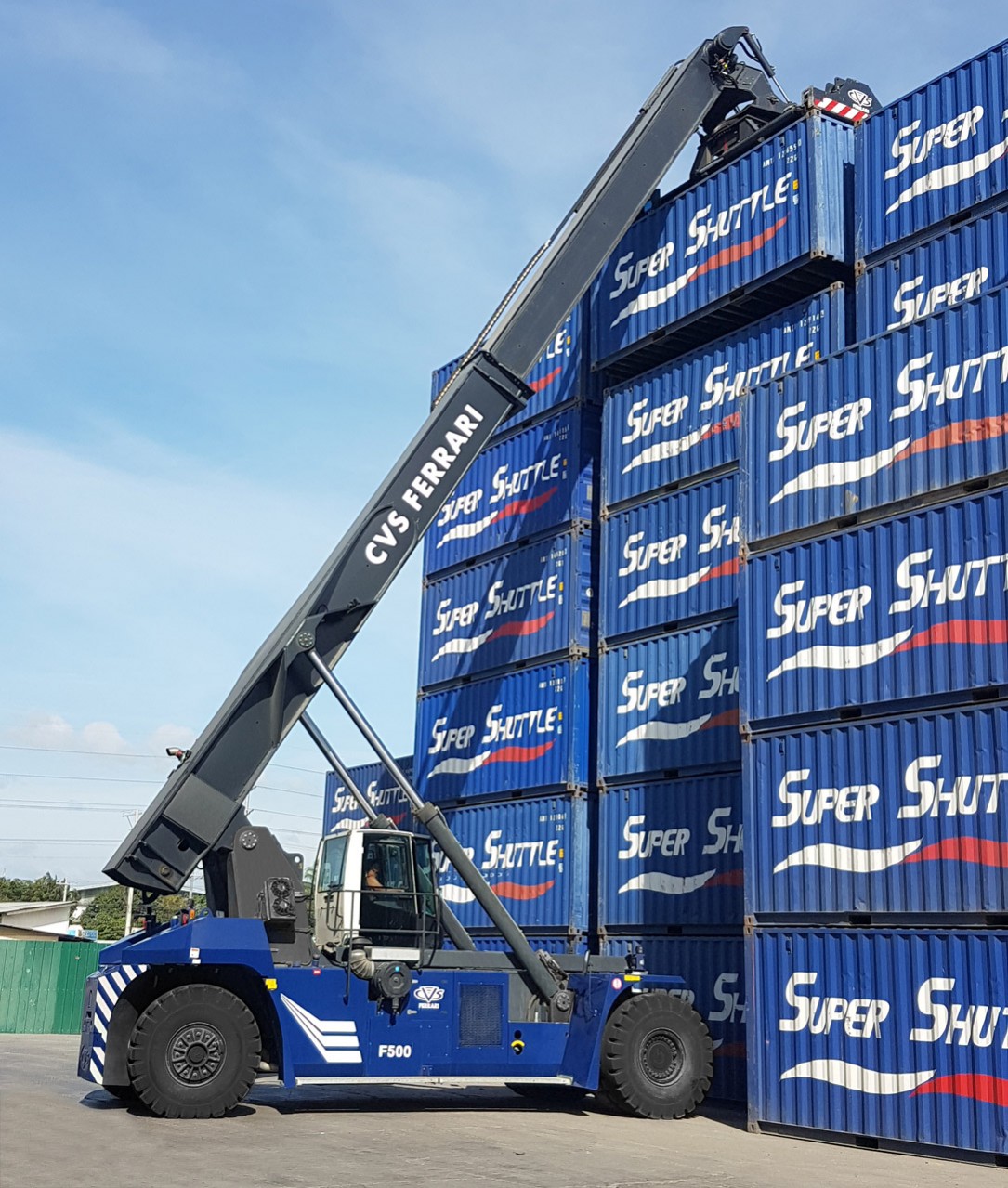 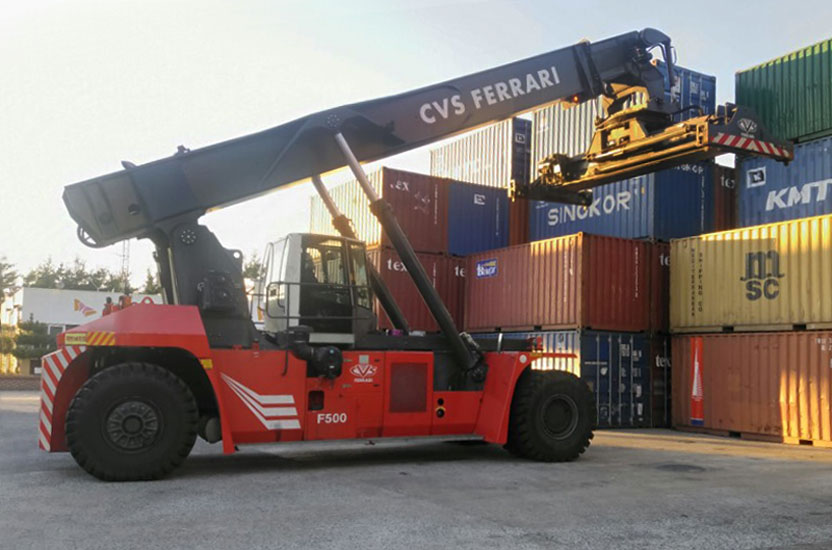 In the last quarter of 2017 CVS FERRARI has completed a series of deliveries to several Far East located customers that have all repeated orders for CVS machines they previously purchased and operated for a while. This being a further confirmation that the performance and reliability of the equipment and the support of the service organization of CVS FERRARI are second to none other in the marketplace.

Kudos Trucking in the Philippines in particular took delivery of its third F500.RS2 reach stacker in less than one year, along with an ECH8.08 empty container handler. The machines operate in Davao and in General Santos. In particular two units of the three six (6) six high stacking CVS Reach Stackers received by Kudos, have increased by 20% the business intake capacity of the busy and successful port operations of the company in Davao. Whilst the CVS 10 ton capacity ECH machine has safely embraced the reefer boxes handling and high stacking storage in General Santos, where the third Reach Stacker also went at work.

The productivity and restless reliability of the CVS trucks have been so good that Kudos has the placed orders with CVS FERRARI for one additional F500.RS2 reach stacker and one 25 Ton Heavy Duty Fork Lift for its newly open operation in Cebu. The reach Stacker will serve at the yard side, whilst the 25 Ton truck will instead be deployed to take care of the RoRo container traffic on and off board feeder ships.

In the mean time in Singapore, CVS FERRARI was called to reinforce the logistic system of Senwan Group, arguably the most successful playwood and by-products maker trader of the “State City”. Senwan, in an efficiency boosting move decided in 2015 to internalize the product export logistics and selected a CVS FERRARI Reach Stacker to handle the then in-house containerized production. Two years later, on the basis of the spectacular reliability of the equipment and of the high storage intensity the 6 high stacking truck of CVS permits, Senwan Group went on and purchase a second CVS FERRARI F500.RS2 to support its well deserved export business booming.

Up north in South Korea then, Daen gi Corporation, the local distributor for CVS FERRARI has taken delivery of two more F500.RS3 reach stackers, destined to the rental fleet that the company has progressively built up to a force of 40 units. Likewise any successful equipment rental business, Daen gi has built up its market position on the quality of the service its delivers and on the efficiency and productivity of the product it provides. Daen gi is an agile organization filled up with skilled and around-the-clock available engineers and rents out the sturdy, strong, quality uncompromised and operator’s friendly CVS FERRARI trucks. That is the simple to say (hard to replicate though) recipe of the Steady growth of Daen gi.