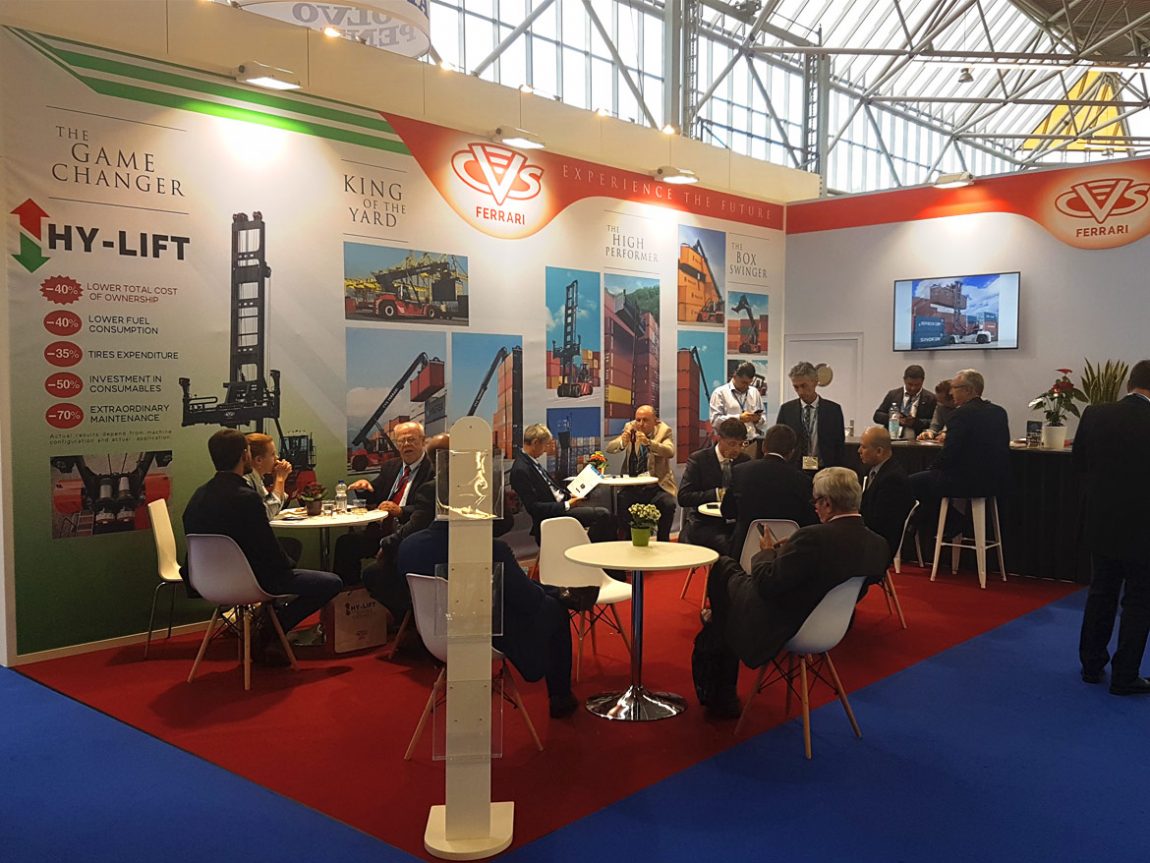 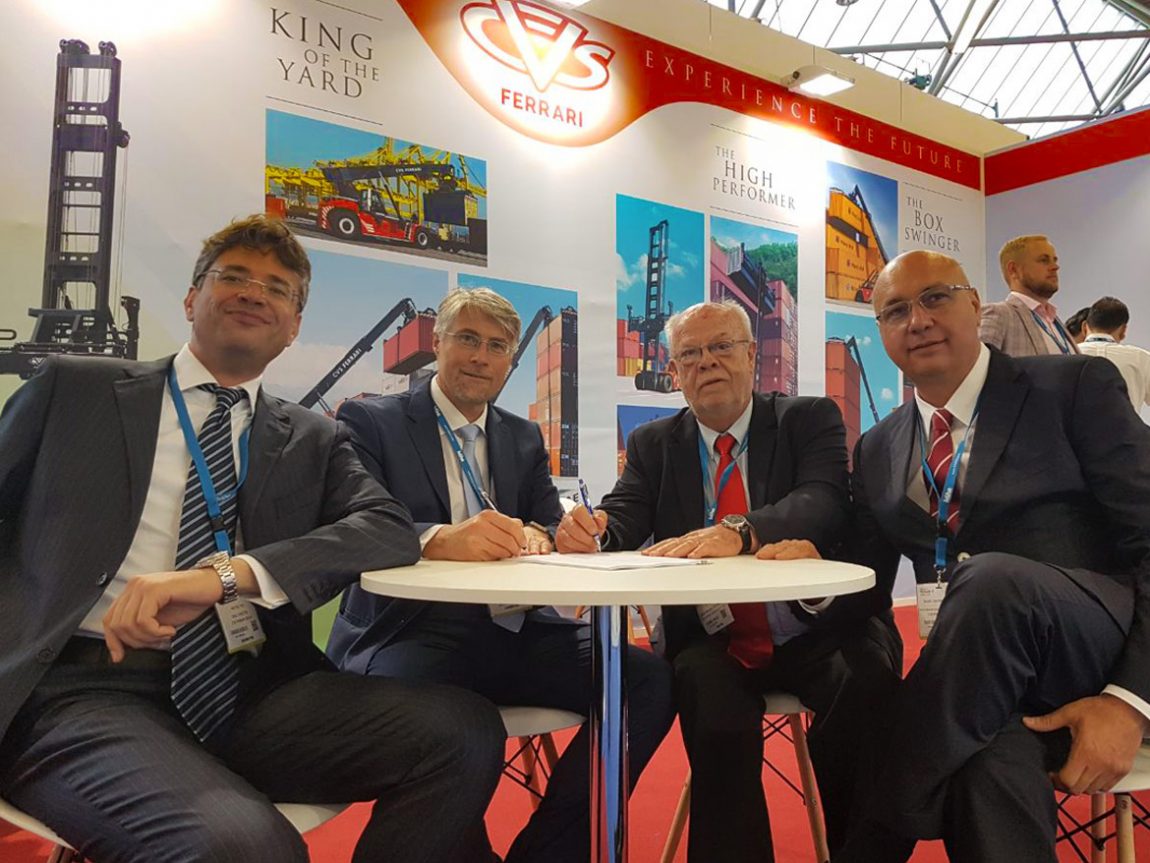 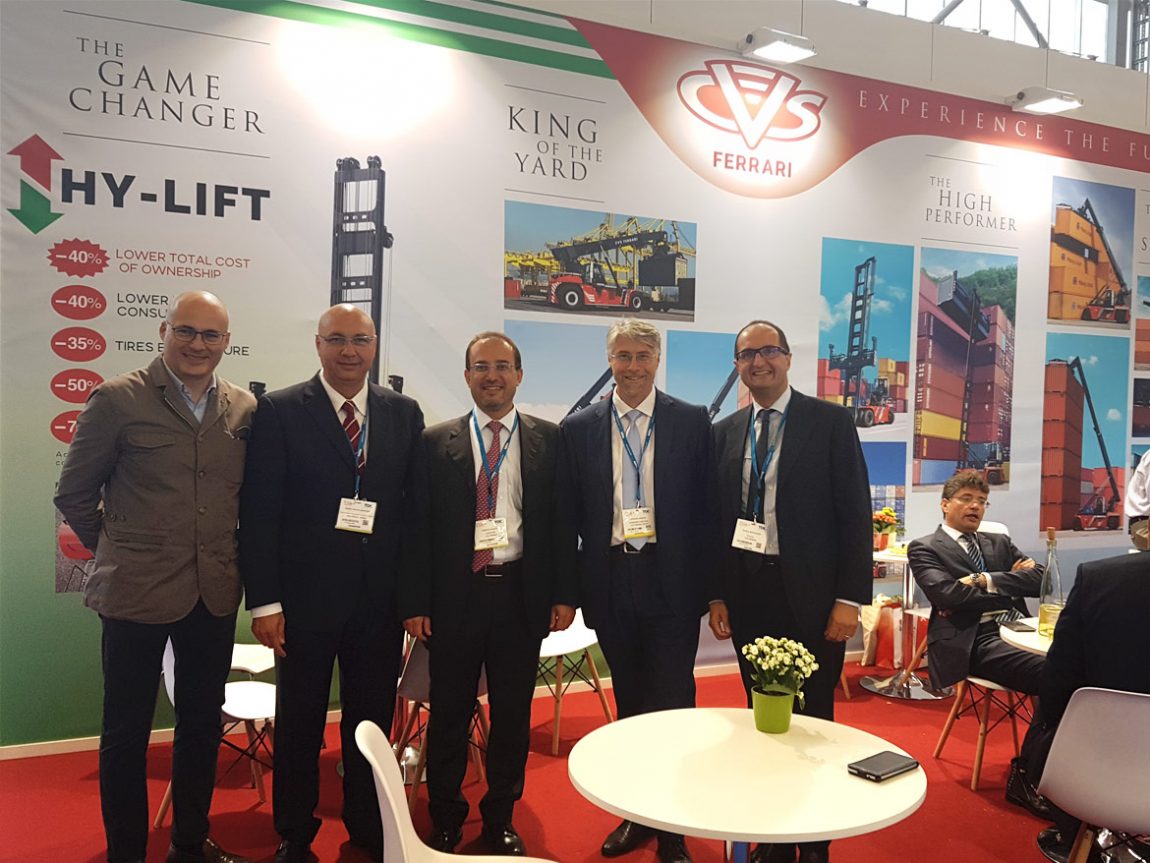 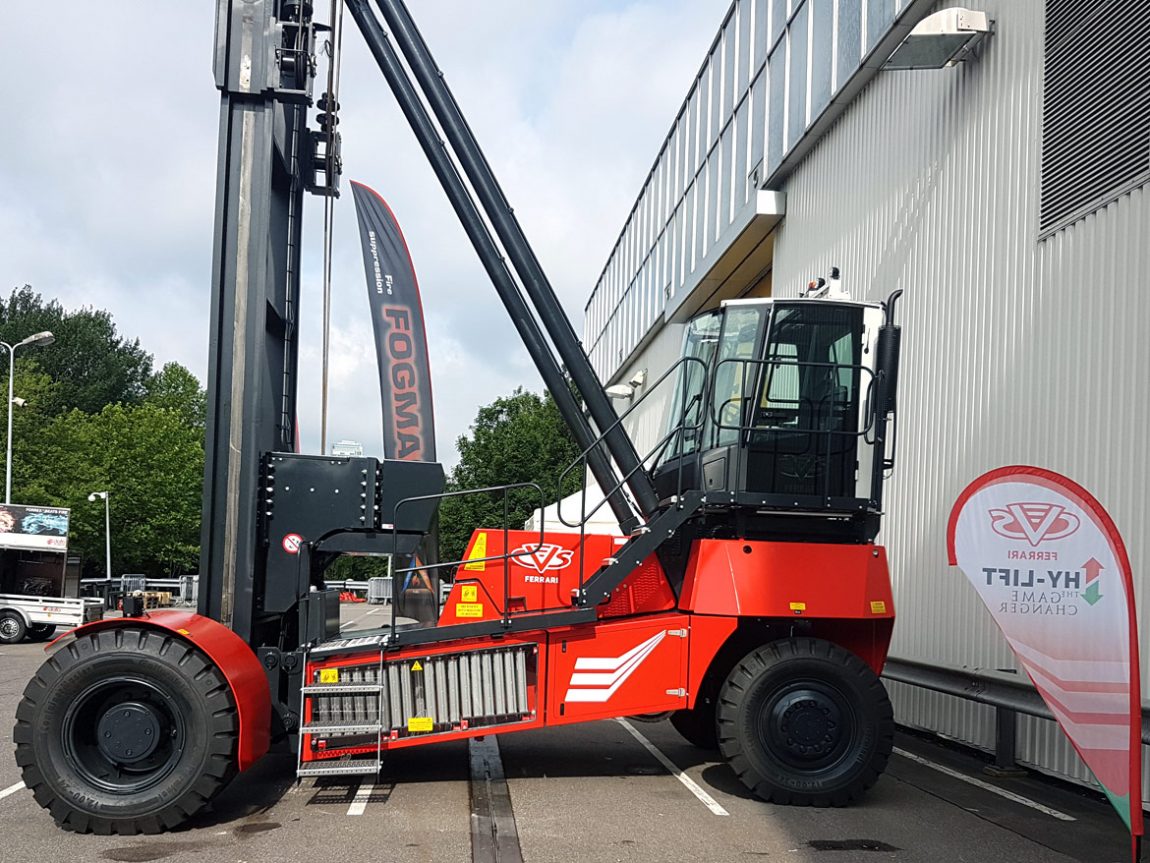 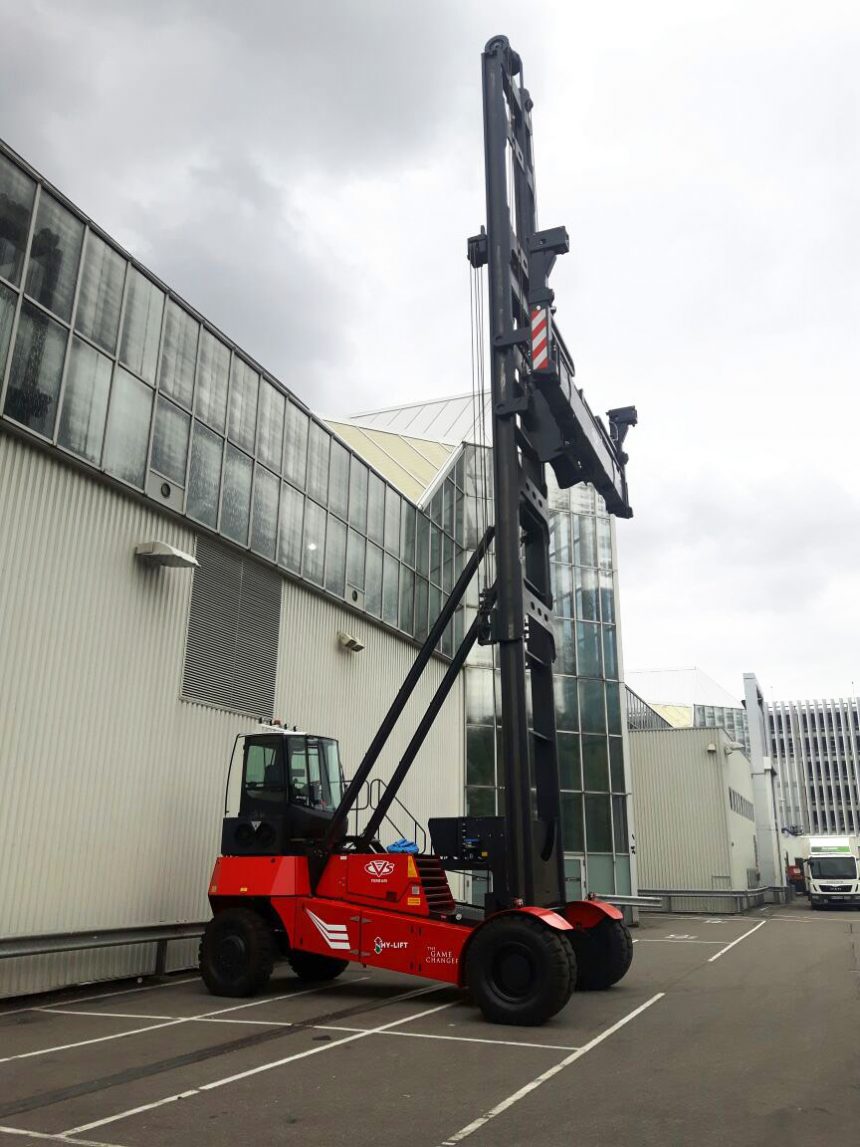 The 2017 Amsterdam edition of the TOC EUROPE conference and exhibition will remain casted in the containerization world history as the venue in which the first ever hybrid masted container handling trucks was introduced to the industry. The event was indeed the stage of the official presentation made by CVS FERRARI of its revolutionary HY-LIFT, a concept destined to forever change the container handling lift trucks technology of reference. The first HY-LIFT production series unit displayed at the show was indubitably the highest innovation content equipment of the fair that caught the interest and attention of customers, distributors, suppliers and – inevitably – even competitors. Although the product marketing and distribution of HY-LIFT will only start early 2018, the unveiling of such an impactful equipment has generated several enquiries coming from fleet users that have immediately understood the massive value creation power of this machine and in particular its Total Cost of Ownership slashing potential. 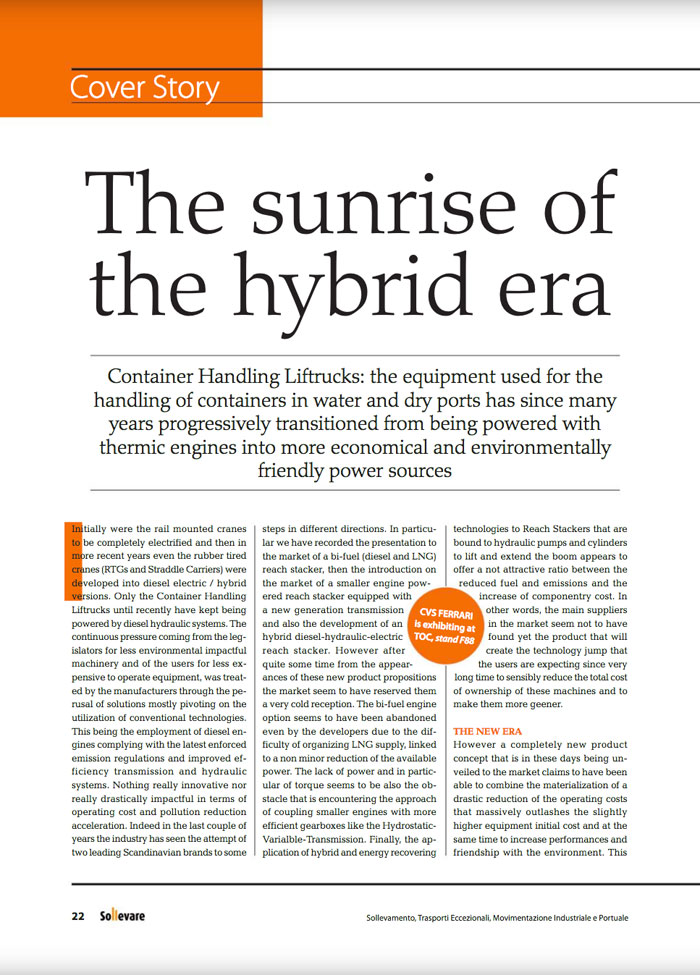 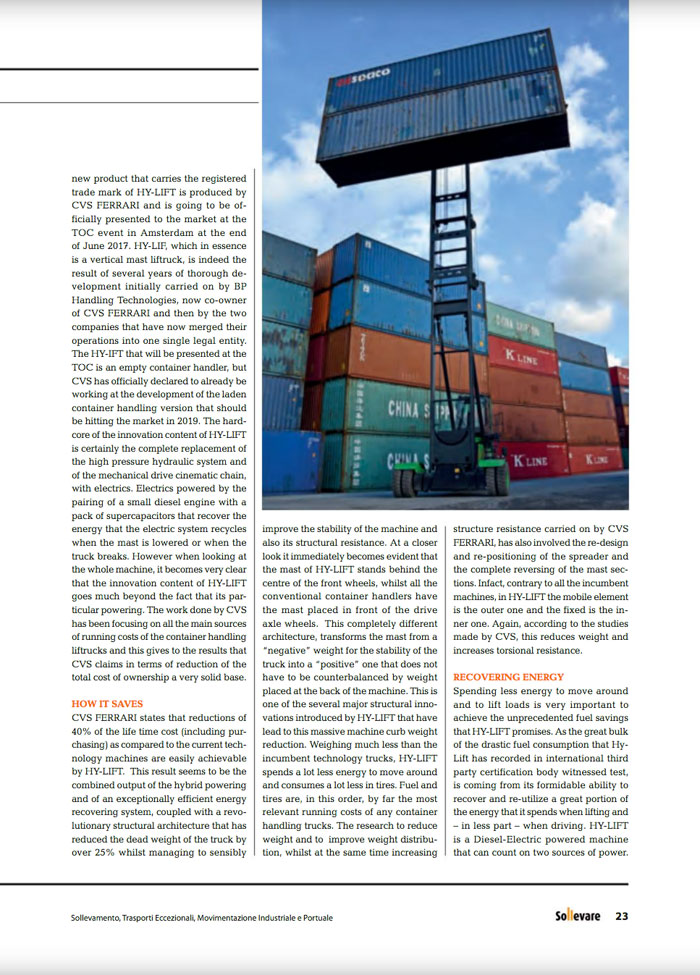 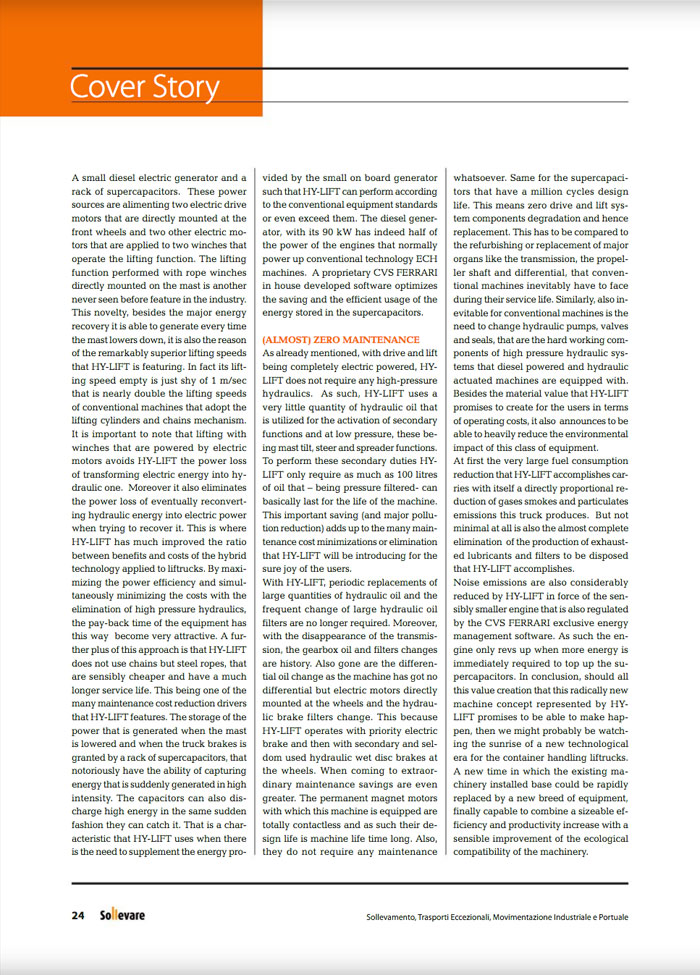