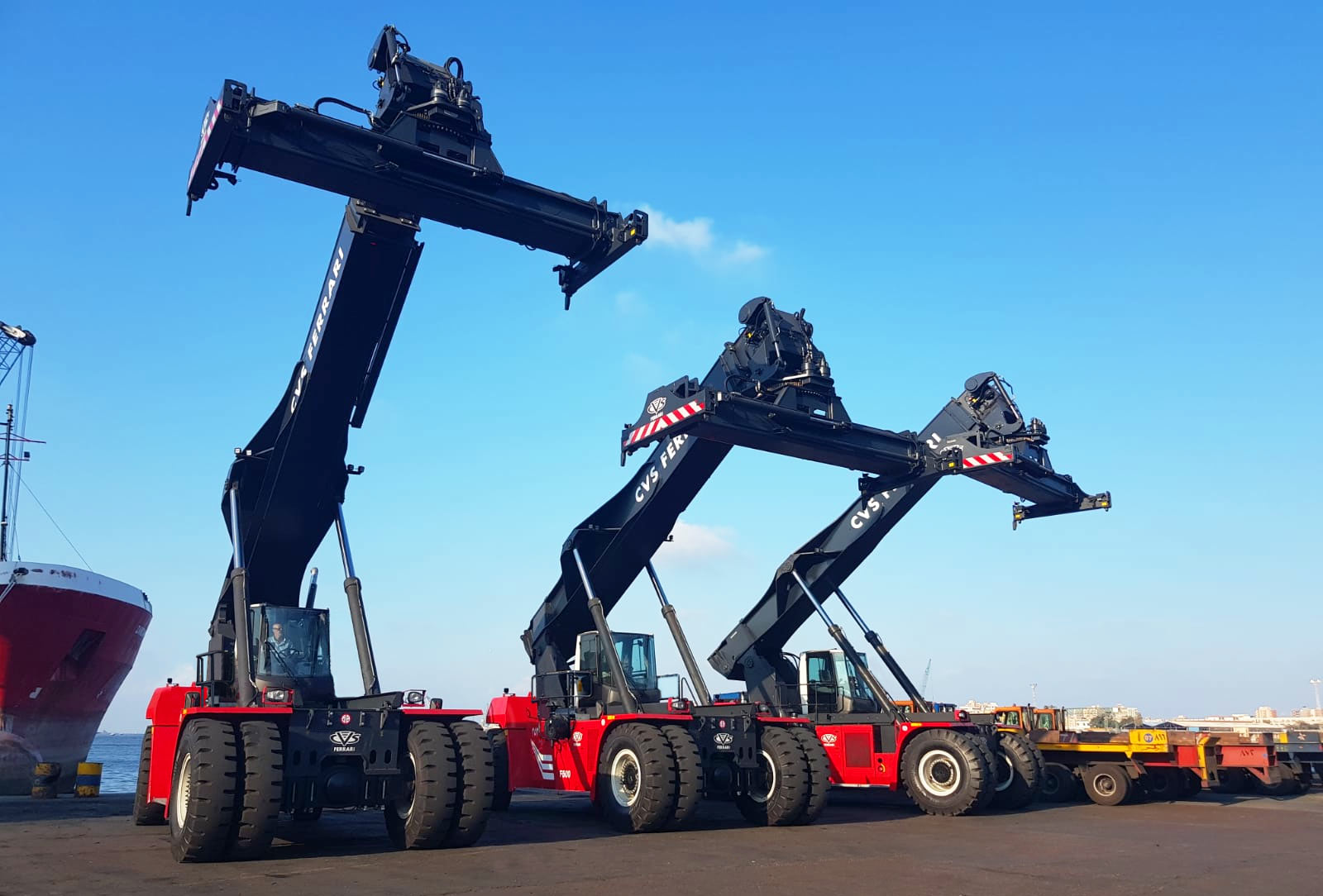 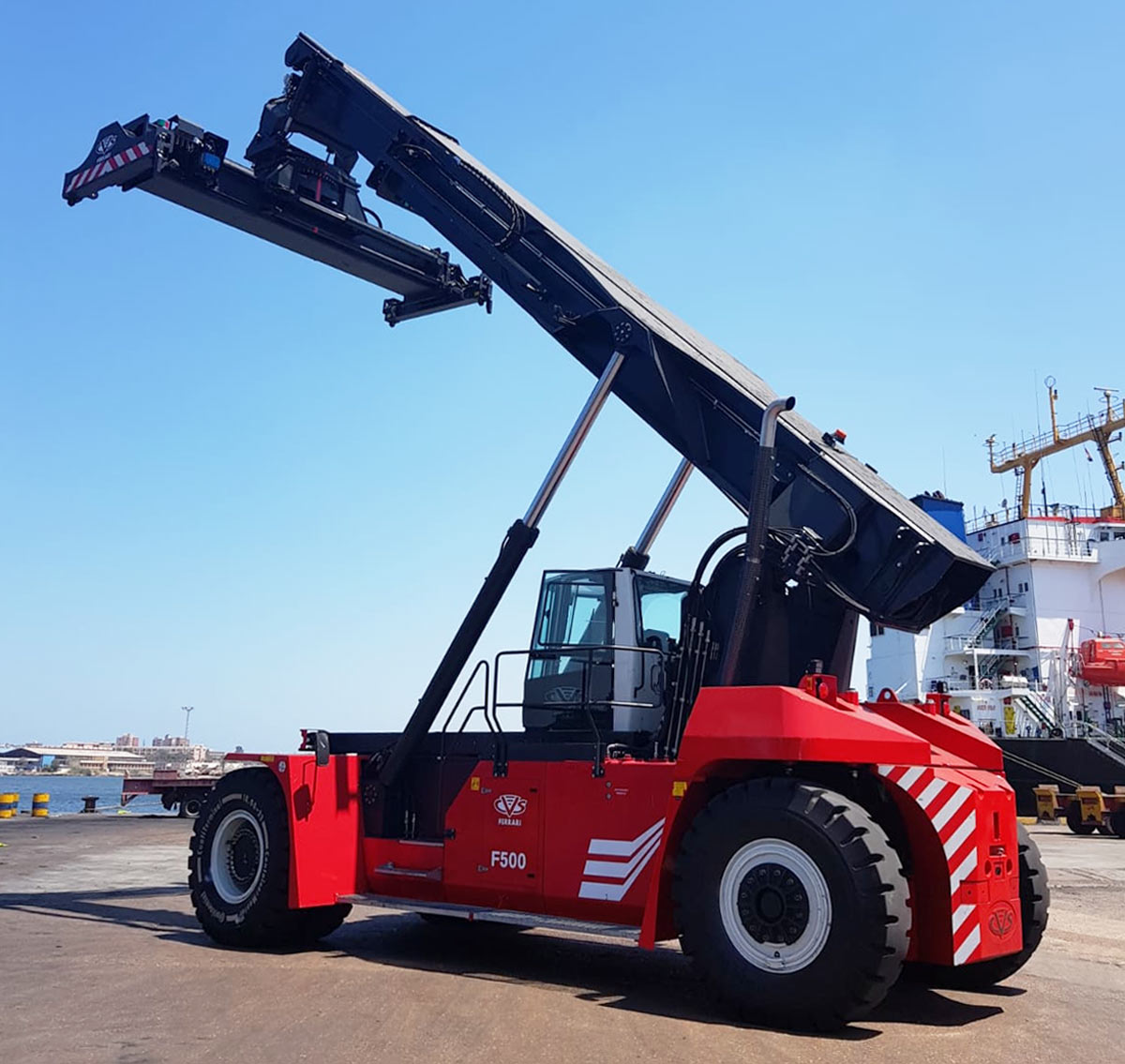 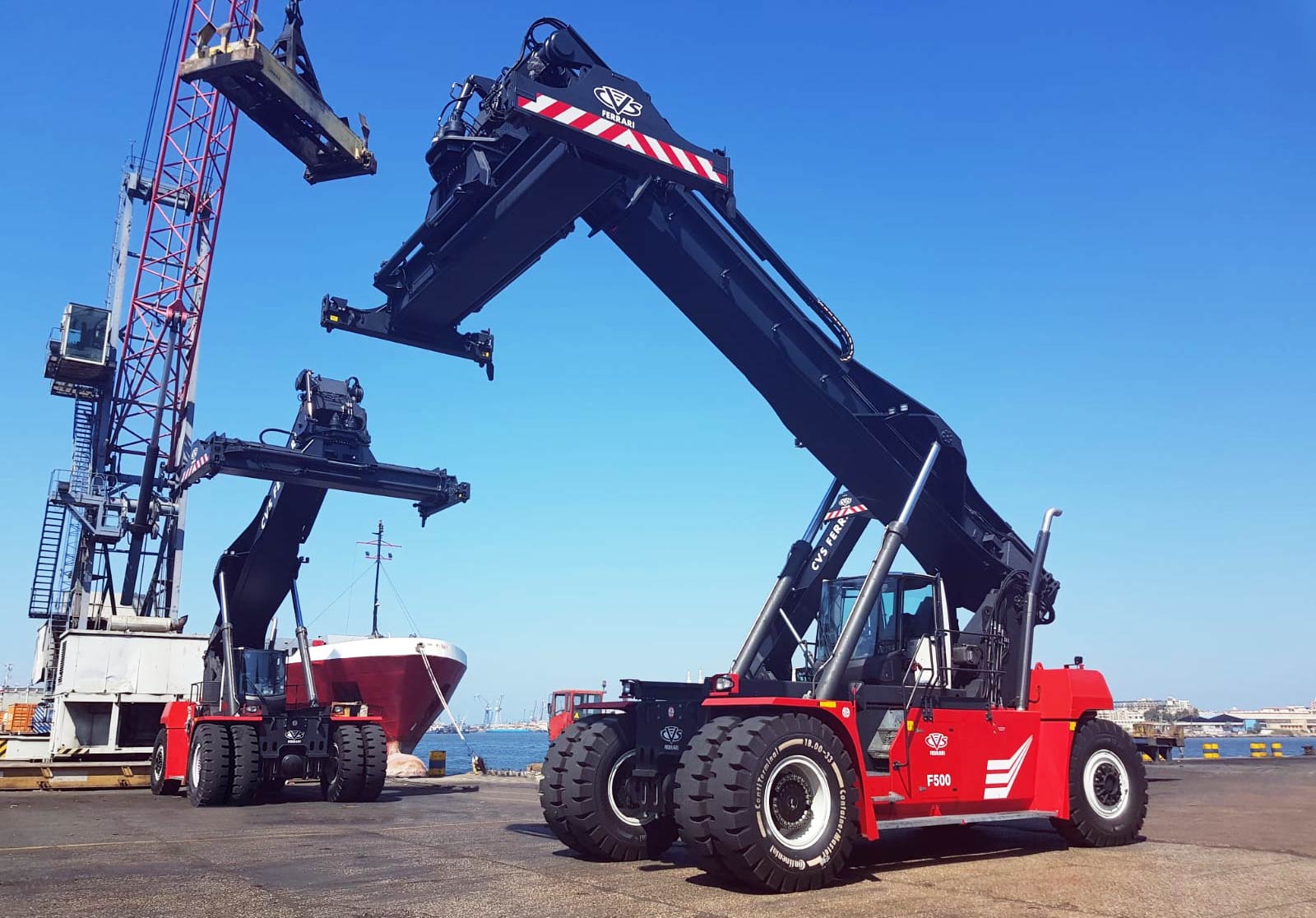 CVS FERRARI continues to top the preferences of several prominent Egyptian Container Terminal Operators. In particular CVS FERRARI F500.RS6 Reach Stackers, capable of stacking 46 Ton 1st row up to 6 high x 8’6’’ and also able to stack 5×9’6’ containers in the second row and as heavy as 36 Ton have been delivered between the end of 2018 and the beginning of 2019 to two state owned port operator. These respectively being PORT SAID CARGO & CONTAINER HANDLING COMPANY (P.S.C.CH.), which took delivery of three units; and DAMIETTA CARGO & CONTAINER HANDLING COMPANY (D.C.CH.) that received instead two pieces. P.S.C.CH. has also awarded CVS FERRARI the contract to supply a 32 Ton fork lift truck that will be used at the general cargo dock of the west Port Said port at the northern mount of the Suez canal.
In parallel, Alexandria International Container Terminal (AICT) the Hutchison Port Holding owned container terminal located in Alexandria has ordered two CVS FERRARI F500.RS2 Reach Stackers that, once delivered in summer 2019, will join six other machines of the same model on whose service AICT has been relying on for the past two years.