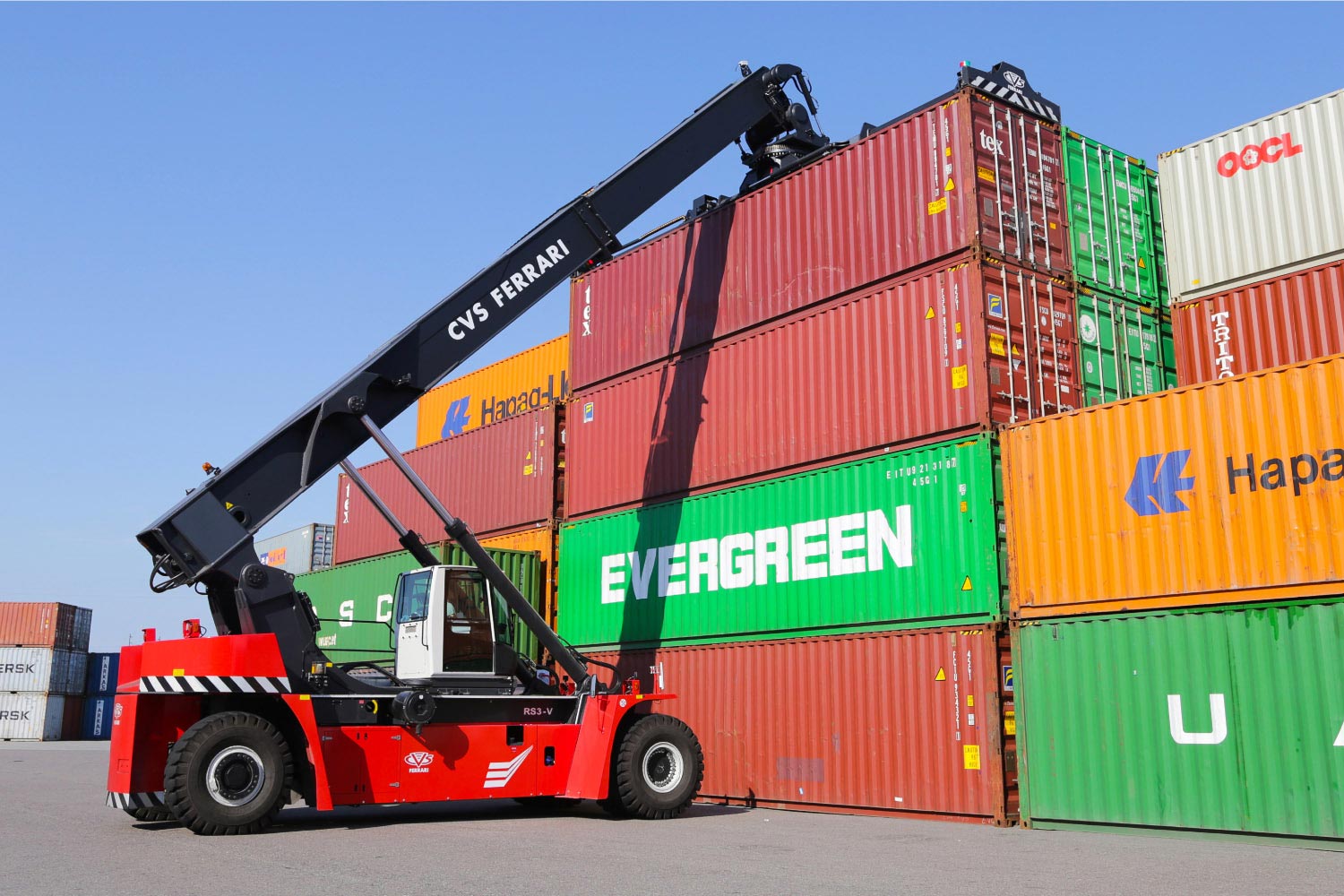 Feyter is since decades a major name in the material handling equipment rental and supply in the Netherlands and beyond as the Rotterdam native company has progressively expanded its rental business also beyond the borders of the “orange state”. One of these areas has been since few years the Iberian Peninsula, where Feyter years back open a company called FEYETER IBERICA, that has headquarters in Barcelona, satellite office in Madrid and fully licensed dealer in Lisbon. FEYTER IBERICA in 2022 has entered into a formal multi-year agreement to exclusively represent CVS FERRARI in the territory of Spain and Portugal. The dynamic and fast-moving Spain anchored company of the Van’t Weinsteinde family has already now three (3) CVS FERRARI units on their way to Spain to be deployed to as many rental contracts. Two (2) of them are “RSV” series Reach Stackers whilst the third one (1) is an FH33, Thirty-three-ton capacity heavy duty fork-lift truck.