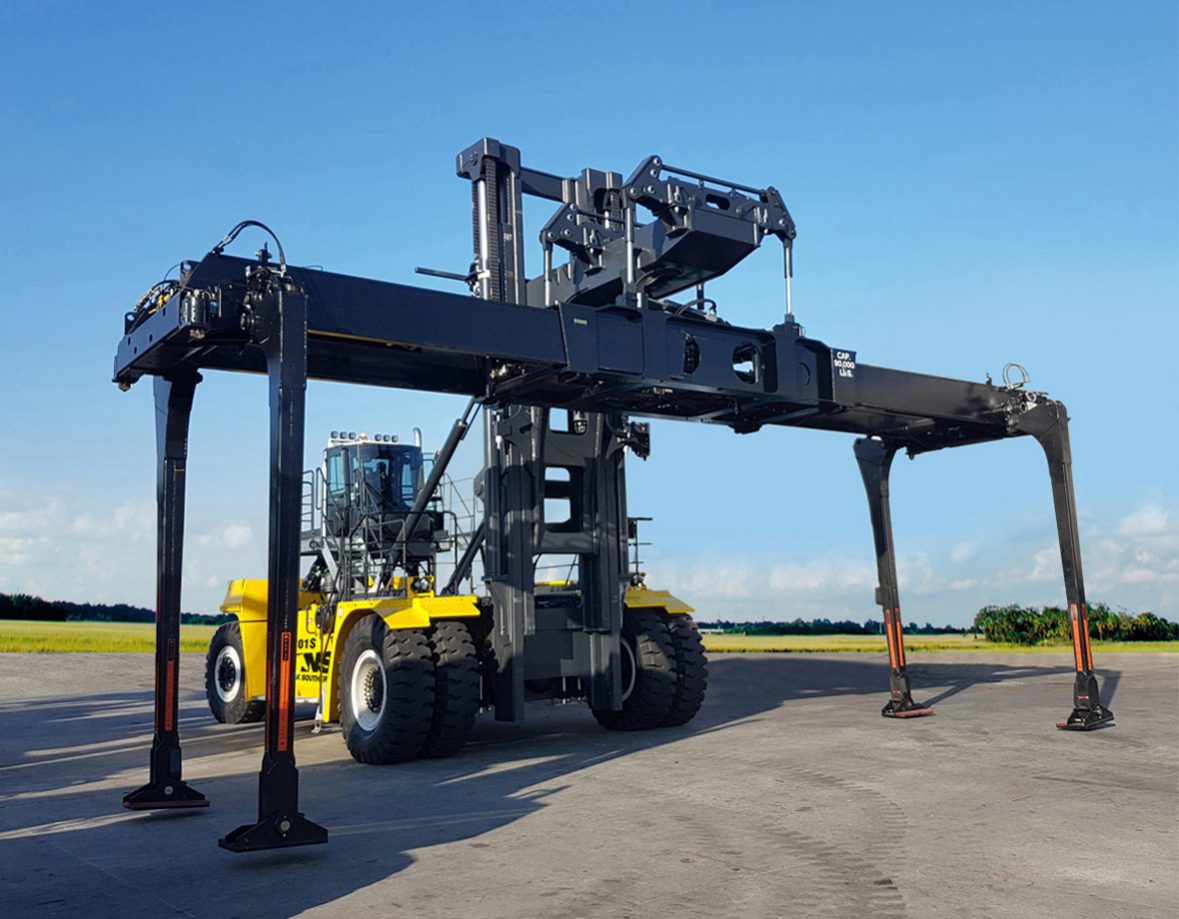 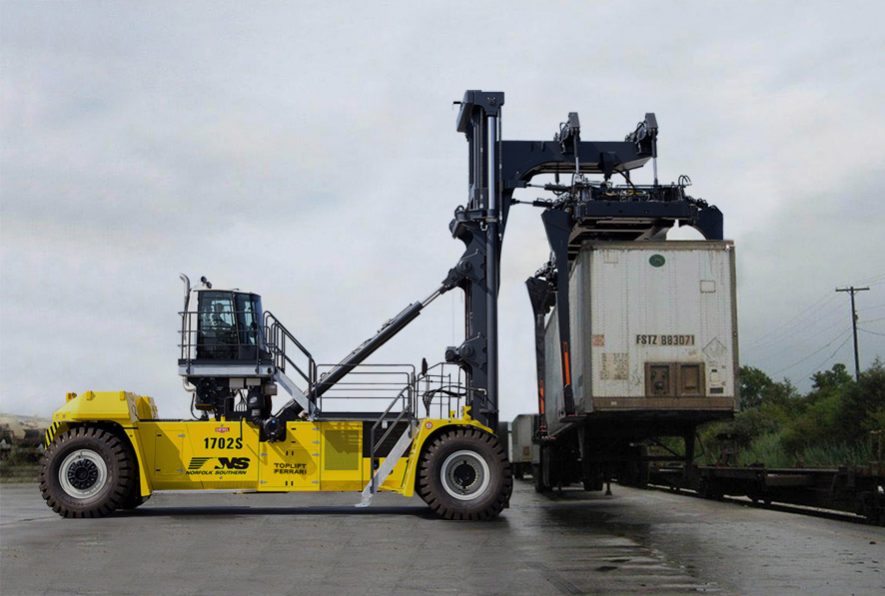 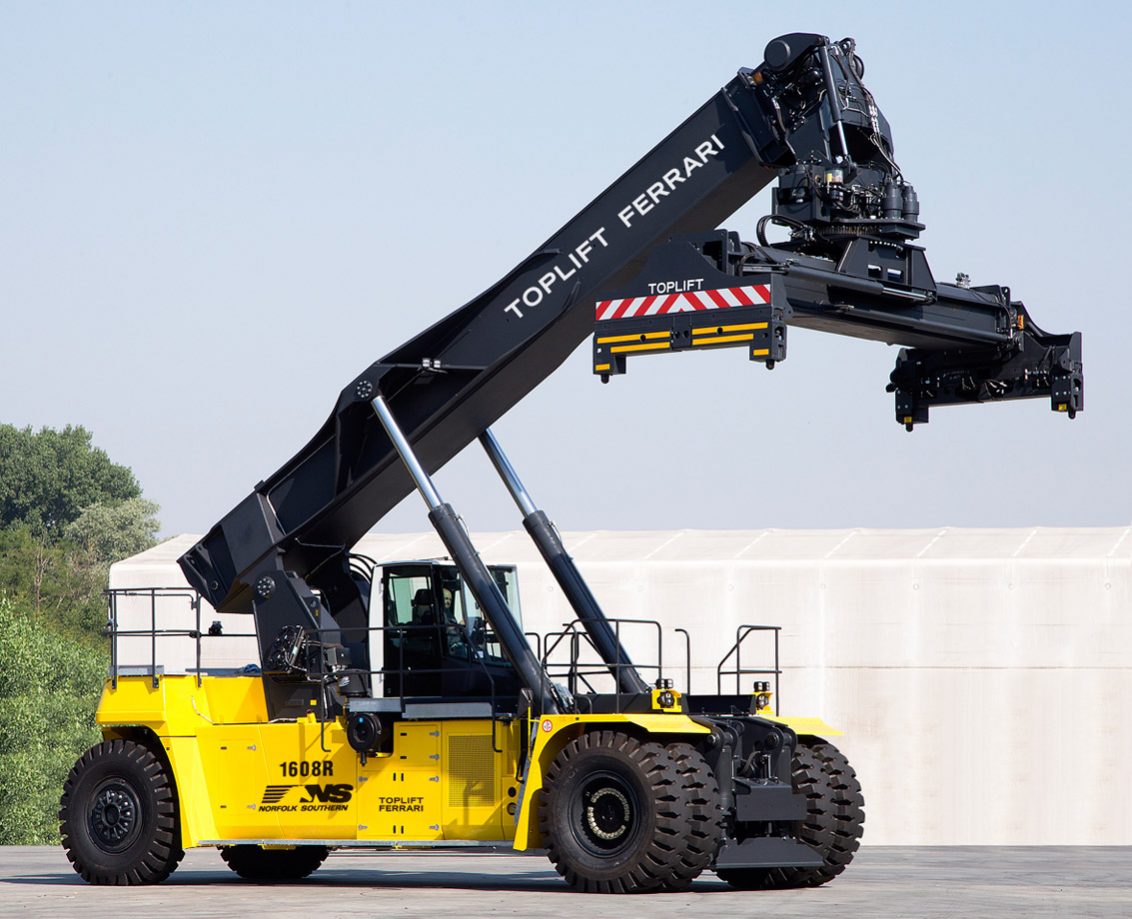 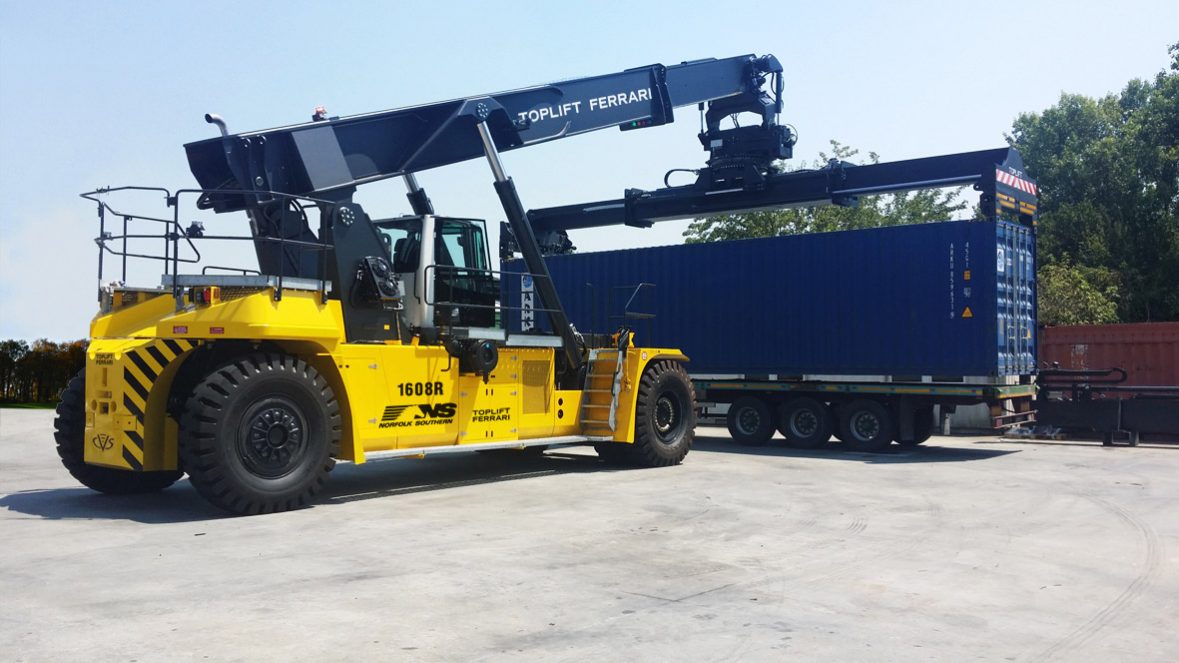 Norfolk Southern, shortly referred as “NS”, is one of the six North American “class one” railroads and in particular one of the two large intermodal operators of Central and East United States of America.
After having ordered to CVS FERRARI one Reach Stacker and two Top and Bottom Pick Masted Trucks in 2016, NS decided to follow up and award to CVS FERRARI and order for as many as 12 more machines, these being nine reach stackers and three masted trucks.
The Reach Stackers ordered by NS are all North American Specification model TM581W, a 7.5 m wheelbase size truck that with stabilizers down can handle 31 ton at 21’ load centre (second rail reach), under a spreader with hydraulic pile slope and Wide Top Pick (WTP) function.
The masted trucks are instead a mix of two Top and Bottom Pick handlers (model TM553XC) like the two previously delivered to NS and one (model TM554W) equipped with Top Pick spreader with WTP function.
TM553XC is a 7,5 metres wheelbase machine that has a massive capacity of 36 ton at 2350 mm load centre from the front of the truck and that is equipped with North American type Combined Top and Bottom Pick spreader that has got foldable legs mounted of the telescopic arms of the spreader.
The twelve trucks, built in the North American configuration specified by Toplift North America, the CVS FERRARI distributor for USA and Canada and for this reason branded TOPLIFT FERRARI, are scheduled to be delivered between September 2017 and February 2018 and are going to service several locations of the wide NS rail network.